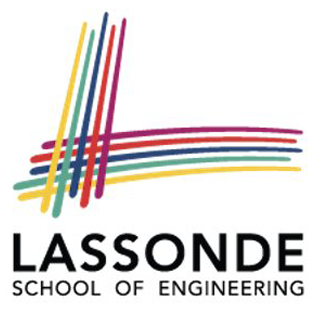 Participants have described the FIRST Robotics Competition as “the hardest fun you’ll ever have.” As if building and programming an industrial-sized robot wasn’t challenge enough by itself, entrants in the event also have to raise funds, develop a team brand, and do it all in six weeks. The thrill of this undertaking culminates as teams face off to test their work in a challenging field game.

This year’s provincial competition for Ontario, which ran from March 25 to 28, 2018, at York University’s Lassonde School of Engineering, was doubly exciting because it marked the first time that there was an equal gender balance among the combination of students, judges, volunteers, and staff. "The Lassonde School of Engineering at York University is thrilled to partner with FRC and offer a regional competition that not only promotes STEM activity in our community but also recognizes the importance of gender balance" says Professor Terry Sachlos, founding faculty coordinator of YorkU-FRC and Assistant Professor in the Department of Mechanical Engineering.

In large part, this was made possible through the efforts around the Lassonde 50:50 Challenge, a $1.5-million initiative launched in 2015 that aims to see the Lassonde School of Engineering become the first in Canada to achieve a 50:50 gender balance.

At the launch of the program, Janusz Kozinski, the founding Dean of the Lassonde School of Engineering, described this goal as “the single most significant change we can make to improve engineering education in Canada.”

"I believe that achieving this goal calls for a comprehensive approach,” says Marisa Sterling, FEC, P.Eng., Assistant Dean, Inclusivity & Diversity at Lassonde, and winner of the 2016 Engineers Canada Meritorious Service Award for Community Service. To her, such an approach includes “changing cultural biases and beliefs about what men and women do best throughout their education, training, and professionalization.”

The recognition that not all engineering graduates will automatically go on to attain licensure, and that barriers to the profession still exist at each step of the journey towards it, is a key insight that has played a role in developing strategies to achieve 30 by 30, Engineers Canada’s goal to see newly licensed engineers who are women raise to 30 percent by the year 2030.

The stories of the girls who participated in the FIRST Robotics Competition at Lassonde suggest the prescience of Sterling’s call for a comprehensive approach to improving the gender balance in engineering. Events in isolation can be inspiring and important for individuals, but they are only a part of the bigger picture in terms of sustaining interest in the profession long term. They must be combined with other initiatives, including work around support and mentoring before, during, and after university.

Sogand Talebi, one of this year’s participants, says she certainly didn’t develop her passion for robotics overnight. She first discovered a love of robotics following her family’s move to Canada, after initially struggling with bullying towards her foreign accent and aptitude for mathematics.

After her team won two gold medals in their first competition, Talebi remembers holding them up, grinning, and thinking “This is happiness.” Numerous teachers, mentors, and teammates supported her along the way, and have helped her turn that initial happiness into a long-term passion.

Among the other teams at the event was also an all-girls robotics team from Afghanistan, who faced challenges of their own as they’ve pursued their passion of robotics. Most notably, they captured international headlines after they were temporarily denied visas into the United States to take part in the FIRST Global Challenge. They attended the FIRST competition at York by special invitation from FIRST Canada.

While the competition has now wrapped up for another year, the lasting story about people working together remains. At its core, the FIRST Robotics Competition involves students figuring out how to set aside differences to solve problems that can’t be solved alone. However, the competition also tells a bigger story, one of institutions like Lassonde and FIRST working long-term to remove the barriers that might otherwise impede people’s passion for engineering and the incredible things it can accomplish.