In 2020, six of Canada’s engineering regulators celebrate their hundredth anniversaries. One hundred years
of engineering in Canada 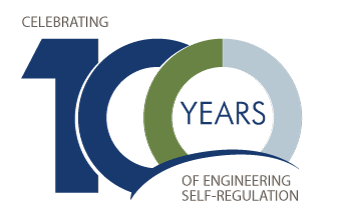 2020 marks centennial celebrations for six of Canada’s engineering regulators, and we’re excited! In 1920, the first six provincial engineering regulators were formed in British Columbia, Alberta, Manitoba, New Brunswick, Nova Scotia, and Quebec. Their original aim was to establish a legal status for the profession of engineering in their respective jurisdictions. They were soon after joined by Ontario and Saskatchewan and went on to form a national association in 1936, known at the time as the Dominion Council of Professional Engineers and today as Engineers Canada. Others were to join in the years to follow.

The Association of Professional Engineers and Geoscientists of Alberta (APEGA)

Years the other regulators were established