CHARLOTTETOWN, PE, May 31, 2016 – Engineers Canada is pleased to welcome Chris Roney, FEC, P.Eng., BDS, UE, as its president for the 2016–2017 term. In the coming year, Roney and the Engineers Canada Board will work with the engineering regulators to advance the profession in the public interest. 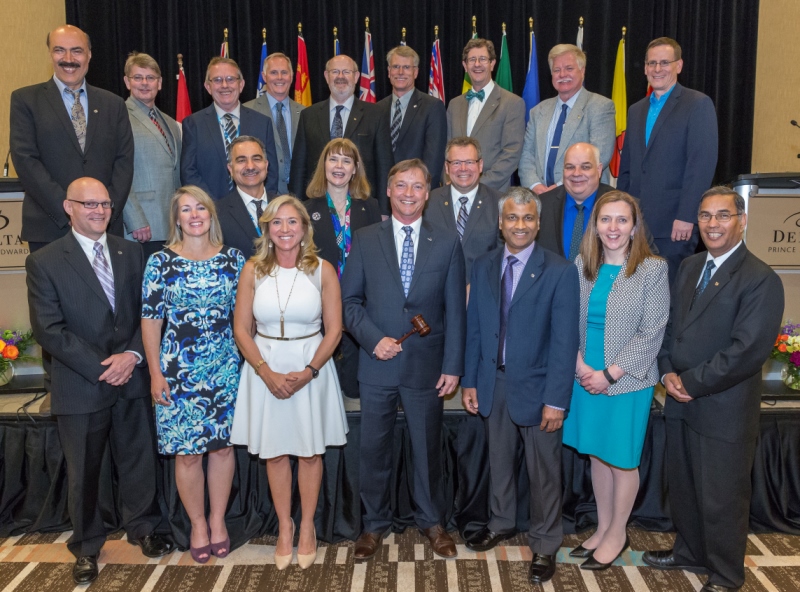 Roney is a member of Professional Engineers Ontario (PEO) and has served on a number of key PEO committees and task forces over the past 18 years. He was a leading member of, and spokesperson for, PEO’s task force that responded to the tragic collapse of the Algo Mall in Elliot Lake. He appeared at the Elliot Lake Inquiry as an expert and helped draft many of the PEO recommendations that the Inquiry ultimately adopted.

Roney has served on the Engineers Canada Board since 2009 and has been active on a number of its committees and task forces. He recently led a national task force at Engineers Canada studying the lessons to be learned from the Elliot Lake Collapse in Ontario, the Charbonneau Commission in Quebec and the Mount Polley Tailings Storage Facility Breach in British Columbia.

Roney will be joined by the following Board members and advisors:

Engineers Canada is the national organization of the 12 engineering regulators that license the country's 280,000 members of the profession. Together, we work to advance the profession in the public interest. www.engineerscanada.ca