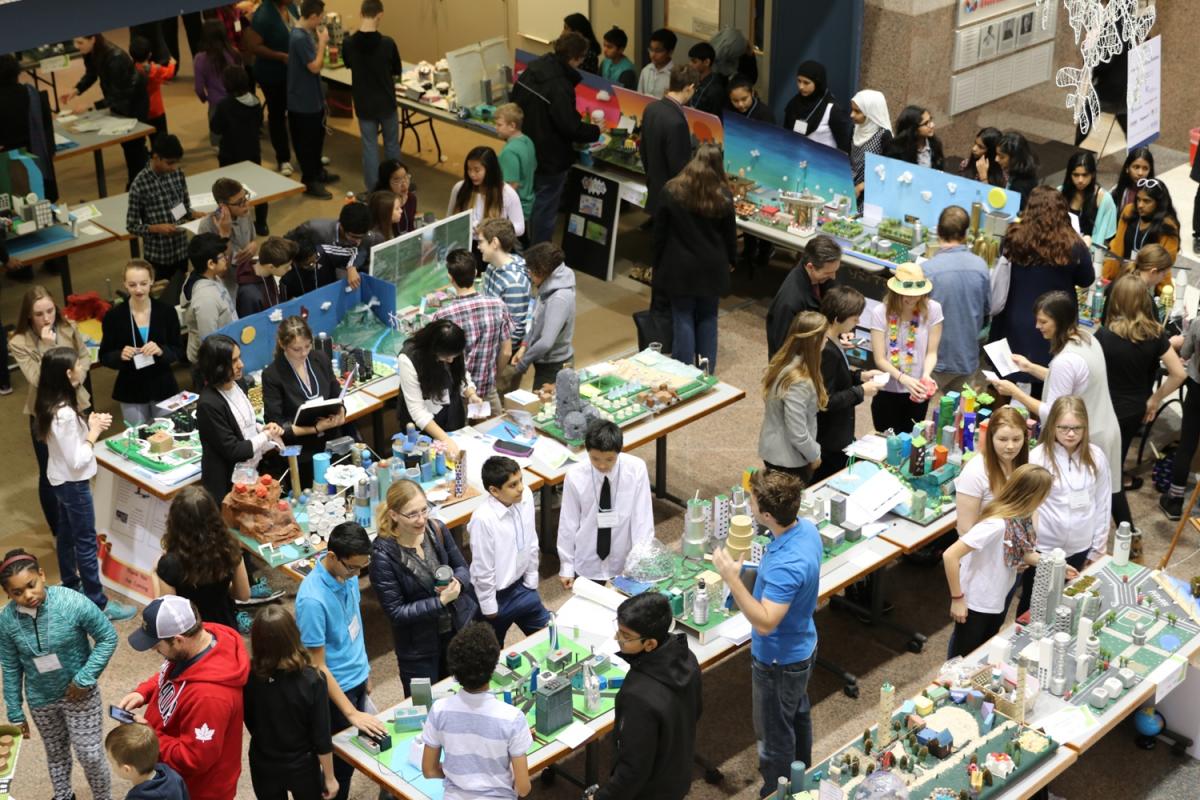 Over the coming weeks and months, students in Grades 6, 7, and 8 will be showcasing their visions for cities of the future as this year’s Future City Competitions kick off in Prince Edward Island and Durham, ON.

The Future City Competition asks students in grades 6, 7, and 8 to imagine, research, design, and build their idea of a future city. The theme of this year’s competition, The Age-Friendly City, challenges students to identify an age-related challenge that exists in today’s urban environments and engineer two innovative solutions that will allow their future city’s senior citizens to be as active and independent as they want to be.

“The Future City Competition is a great way to bring the engineering design process into Canadian classrooms and give students a taste of how engineering can impact the communities around us,” said Stephanie Price, P.Eng., CAE, Interim Chief Executive Officer of Engineers Canada. “We hope that the competition will inspire these students to explore engineering further and maybe even to become the next generation of engineers.”

Seven teams from Prince Edward Island and one team from New Brunswick’s Rothesay Netherwood School will present their future cities at a regional competition at the UPEI School of Sustainable Design Engineering on January 13, 2018.

“DCDSB is excited to be participating in this STEAM-based program and we look forward, with great anticipation, to viewing their model cities at our first DCDSB Future City showcase in May,” said Pat Costello, Board Liaison for Extra-curricular & Community Programs (K-12) at the DCDSB. “The feedback we have received from our participating schools has been extremely positive. Our students are engaged and find the concept of a creating a city 100 years in the future a very thought-provoking concept.”

The Future City program and its associated activities are directly integrated into the Grades 6, 7, and 8 curricula, and students have been working on their cities as a class, with guidance from their teachers and a STEM mentor, since the beginning of the school year. Students have designed a virtual city, written a 1,500-word essay, built a scale model of their city out of mostly recycled materials, and created a project plan. They will present their future city to a judging panel at the upcoming regional competitions.

Regional finalists are eligible to travel to Washington, D.C., in February for the Future City Finals, where they will participate in a four-day competition against other regional finalists from the United States, China, and the Middle East. The ultimate winner will take home the grand prize of a trip to U.S. Space Camp and US$7,500 for their school’s science, technology, engineering and math (STEM) program.

A program of DiscoverE, the Future City Competition has been held in the United States each year since 1992. Engineers Canada brought the Future City program to Canadian classrooms for the first time during the 2016-2017 school year, and plans to continue to expand the program to more school boards across all 12 Canadian provinces and territories in the future.

“We are excited that we are able to bring the Future City program to more Canadian classrooms this year,” said Jeanette M. Southwood, FCAE, FEC, LL.D. (h.c.), P.Eng., IntPE, Engineers Canada’s Vice-President of Strategy and Partnerships. “We thank our sponsors, partners, and volunteers for their continued generosity and applaud them for supporting students’ interest in engineering.

This year’s supporters include: TD Insurance, Great-West Life, Manulife, the Durham District School Board, the Durham Catholic District School Board, the Leacross Foundation, Engineers PEI, the University of Prince Edward Island and the University of Ontario Institute of Technology. Future City Canada also received NSERC PromoScience funding. Numerous volunteers, educators and STEM professionals have also kindly contributed their time and expertise to serve as mentors, judges, and organizers to ensure that the participating students enjoy a truly valuable experience.