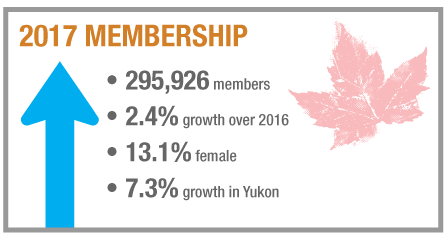 This week Engineers Canada released its 2018 National Membership Report. The report gathers annual information on the provincial and territorial engineering regulators’ membership, providing timely and accurate information about the engineering profession in Canada. This year’s report presents data from the 2017 calendar year and indicates steady growth of the profession.

Total membership in the provincial and territorial regulators, excluding students, grew to 295,926, which marks a 2.4 per cent gain. Excluding APEGS, there were 8,988 newly licensed engineers in 2017, a number that has increased by 7.8 per cent nationally since 2016. 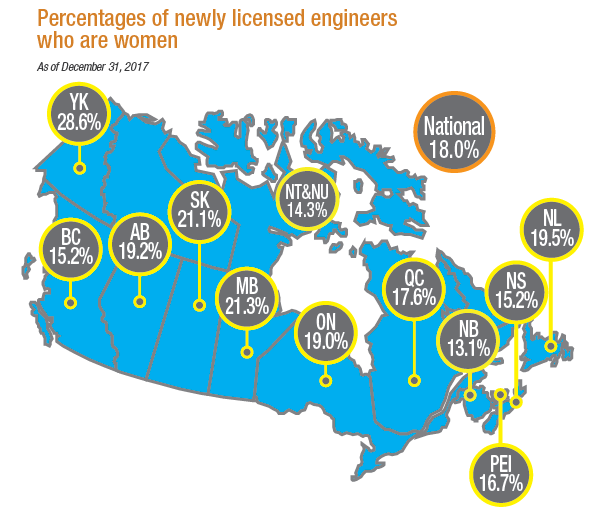 Engineers Yukon also had the highest proportion of newly licensed engineers who were women at 28.6 per cent. They were followed by Engineers Geoscientists Manitoba and Professional Engineers & Geoscientists Newfoundland and Labrador (PEGNL), with 21.3 and 19.5 per cent, respectively.

Regarding place of residence, there were 169,261 practising professional engineers licensed in the jurisdiction where they resided, a number that remains consistent with previous years in terms of its proportion to the larger profession.

Other notable findings from the report: