The report finds the engineering profession would need thousands more Indigenous engineers to be representative of the number of Indigenous people in the labour force. 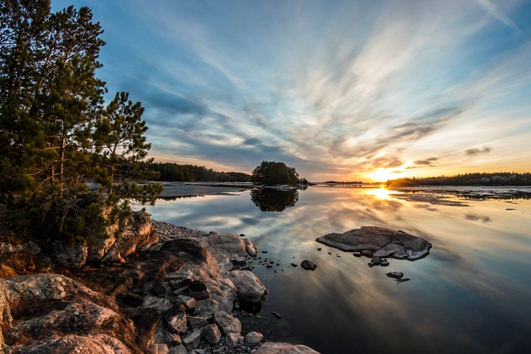 A new report commissioned by Engineers Canada and completed by Big River Analytics has found that Indigenous people are underrepresented in engineering occupations relative to Indigenous representation in the total population and in the labour force.

Considering only those individuals in their main working years with an education at the bachelor level or above, the report found that the percentage of all engineers who identify as Indigenous is 0.73 per cent. This compares to 3.15 per cent of the labour force in their main working years who identify as Indigenous. By this metric, for the engineering profession to include a representative number of Indigenous people, the profession would require an additional 5,620 Indigenous engineers.

Engineers Canada commissioned Big River Analytics, an Indigenous-owned interdisciplinary consulting firm, to conduct this research as part of Operational Imperative 9 of its strategic plan that calls for promoting diversity and inclusion in the profession that reflects Canadian society.

“As part of our work on diversity, equity, and inclusion in engineering, and in particular our sub-strategy focused on Indigenous access to engineering, we wanted to get a better understanding of the representation of Indigenous engineers in the workforce,” explained Cassandra Polyzou, Engineers Canada’s Manager, Diversity, Equity, and Inclusion. “This report gives us that foundational understanding and presents a number of additional research questions and recommendations that we would like to focus on to improve the representation of Indigenous people in engineering.”

Past research has shown that many socioeconomic gaps between Indigenous and non-Indigenous populations persist, including a higher Indigenous unemployment rate, and an underrepresentation in occupations that require higher levels of education, including engineering, as access to education is often a top barrier to employment for Indigenous people.

The report adds to a growing body of research on Indigenous participation in the workforce, including a recent report from Catalyst called Building Inclusion for Indigenous Peoples in Canadian Workplaces.

Read the complete report on Indigenous representation in engineering on Engineers Canada’s website.

The one-hour training webinar is intended for engineering and geoscience professionals of all levels and will improve their skills in addressing discrimination, harassment, and racism introduce engineers and geoscientists to the topics of equity, diversity, and inclusion (EDI) in the workplace.

CEMF honours the memory of the 14 women—most of whom were engineering students—whose contributions to Canada ended on December 6, 1989.

The importance of storytelling in EDI: Persist Series episode 8

Every second Wednesday of the month, DiscoverE’s Persist Series hosts a session where women in engineering and technology candidly share their personal stories, discuss how to navigate workplace challenges and more.