Programs in Focus: ENGAP at the University of Manitoba 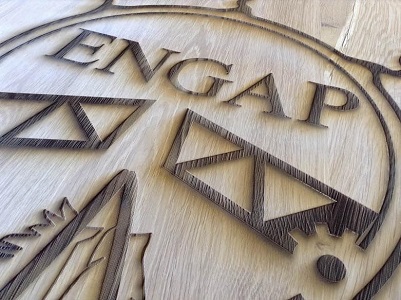 The University of Manitoba’s Engineering Access Program (ENGAP) provides a golden opportunity for students of Indigenous ancestry. At its heart, it recognizes the need to support students who may not have had access to the resources to get into, prepare for, and succeed in an engineering program.

Even given strong industry demand for engineers with an Indigenous background, only one per cent of engineers in Canada are Indigenous. Randy Herrmann, P.Eng., Director of ENGAP, is working to improve this situation by collaborating with his team to create and sustain the supports Indigenous students in engineering need.

Herrmann, who is also a member of the Engineers Canada Equitable Participation in Engineering Committee, notes that one of the most important features of ENGAP is that it allows students to complete academic upgrading. “By providing upgrading courses in physics, computer programming, precalculus math, and chemistry,” he notes, “ENGAP offers students the opportunity to overcome initial barriers that may be beyond their control.”

This year the program is celebrating its 33rd year in existence, and it has seen more than 125 graduates since its founding in 1985. Among its many remarkable students, several graduates from the program have obtained the highest GPAs in their respective mechanical, electrical, and biosystems engineering programs. In 2017, Mario Phaneuf, an electrical engineering student who is of Métis descent, also won the Governor General’s Silver Medal Award for the highest GPA of all students graduating from the University of Manitoba.

Academic achievement is a good indicator of the program’s value for students, but ENGAP also, critically, has made an impact beyond the university. As Herrmann notes, “Many of our past graduates have returned to their communities to become counsellors or Chiefs.” To this end the program is helping accomplish the University of Manitoba’s strategic priority to foster “the development of the next generation of Indigenous leaders by providing an inclusive and supportive learning environment that promotes Indigenous student success from the time of admission through graduation and beyond.”

Herrmann is clear on the program’s overall importance to its students and the community. “If ENGAP did not exist there would be a sudden drop in Indigenous enrollment in engineering at the University of Manitoba,” he says. “Enrollment would likely drop by over 50 per cent. Many of our graduates would not have engineering degrees if it was not for ENGAP and our upgrading program. Likewise, many would not have the opportunities they have had or the jobs they have had without the knowledge gained from being in ENGAP.”

In a 2015 interview celebrating ENGAP’s 30th anniversary, the program’s first graduate, Dan Brown, reflected on his own experience. “When I was in high school I had no idea what I was going to do with my life,” he said, noting that “ENGAP provided so many supports that I didn’t even know I would need – tutoring, navigating the university, providing access to community-based supports and counselling… these were all things that were really the keys to my success.” Following his time at the university, Brown went on to have a long career in the oil and gas sector, retiring from his position as a Manager of Process Control and Automation at Syncrude Canada Limited in 2016.

A cornerstone of such successes over the years has been ENGAP’s recognition that support for students must come in numerous forms. In addition to being able to access assistance in choosing courses, students benefit from free tutoring, personal and family counselling, resume and job search advice, daycare location support, accommodation support, financial assistance, and social support. This holistic approach to learning has led the program to receive numerous accolades as one of the top Indigenous access programs in North America.

“Many of our students have not had a very productive or positive high school experience, in no small part because of the long-term effects of the Residential School system and colonization,” Herrmann says.

“We are able to take these students, when they are ready to re-enter the educational system, and give them a positive and productive educational experience.”

Across programs, the University of Manitoba has set the creation of pathways to Indigenous achievement as a strategic priority. “Through the sharing of Indigenous knowledge, cultures, and traditions,” their website notes, the university aims to build “a stronger foundation for students, staff, and the wider community.”