This Thursday evening at a gala held in Quebec City, eight outstanding engineers from across Canada will receive top honours for their contributions to the engineering profession. 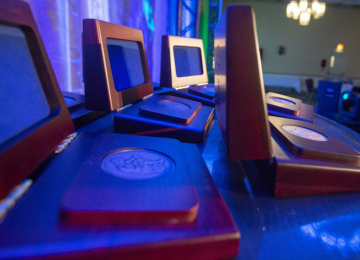 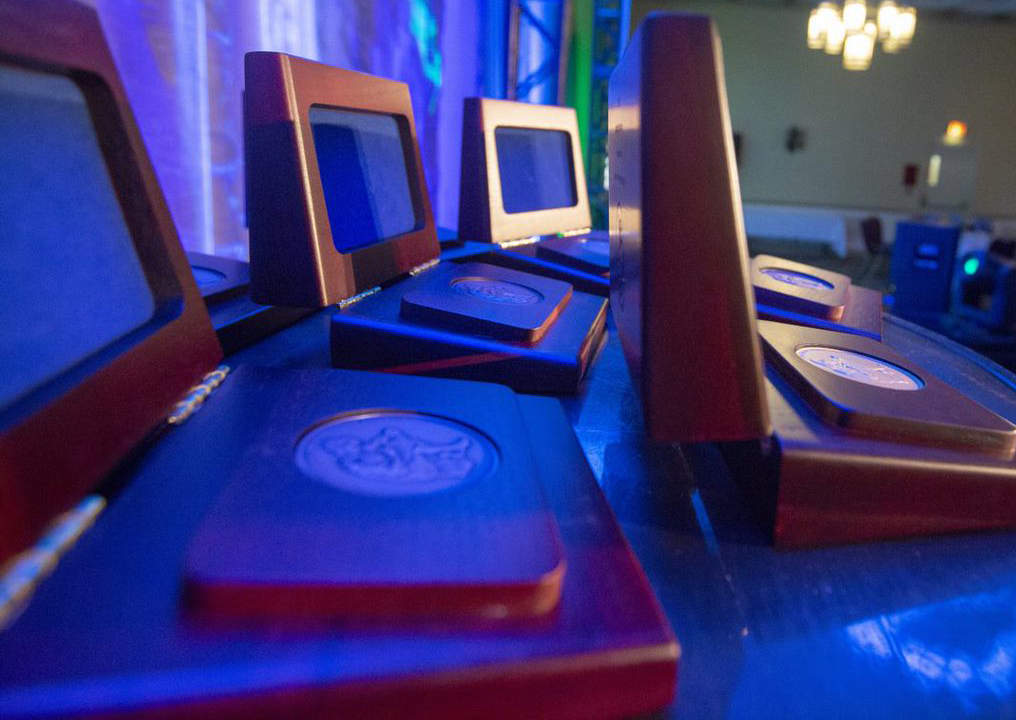 May 21, 2019, Ottawa, Ontario – This Thursday evening at a gala held in Quebec City, eight outstanding engineers from across Canada will receive top honours for their contributions to the engineering profession.

Presented by Engineers Canada, these awards acknowledge outstanding community and professional involvement, contributions to engineering education, support for women in engineering, contributions by engineers and engineering students to Canadian society, and remarkable engineering projects or achievements.

The work of our 2019 Engineers Canada Awards recipients brings Canadians together in numerous ways. They are leaders in our universities and in our communities, sparking interest in engineering across generations. Their academic research and work in industry make Canada safer, more liveable place, and their service both to the profession and to their communities demonstrates a principled, conscientious understanding of the role engineering can play in society.

“This year’s distinguished award recipients truly represent engineering excellence in Canada,” says Annette Bergeron, MBA, FCAE, FEC, P.Eng., President of Engineers Canada. “As innovators and entrepreneurs, they safeguard, connect, and improve the lives of all Canadians. As caring members of our communities, they volunteer their time and expertise. They advocate, educate, and inform us. They show us what becomes possible through a diverse and inclusive engineering profession.”

This year’s award recipients illustrate stories of engineering achievement, excellence, and passion for the profession. They show Canadians the dynamic and diverse nature of the engineering profession and the impact this work has on the lives of Canadians and those from around the globe.

Some highlights of the eight award recipients:

As COO of Morrison Hershfield, Catherine Karakatsanis is responsible for the technical and operational delivery of all the company’s projects in its 22 North American offices and one in India. She has helped the firm grow from 100 to 1200 employees, while maintaining the company’s collegiality, professionalism, and reputation for technical excellence. Throughout her career, she has also served as a leader and a change-maker in key engineering organizations at the provincial and national levels. As OSPE chair, she guided the organization’s first strategic plan and ushered in key member services. While serving as president of PEO, she successfully led a push for changes to Ontario’s Professional Engineers Act and implemented the Agreement on Internal Trade in response to Bill 175–Labour Mobility Act. Finally, as president of Engineers Canada, she guided the launch of the International Engineering Graduate Roadmap website and led the Board in setting the audacious “30 by 30” goal, which has been adopted by all the regulatory bodies across the country.

Dennis Paddock began his distinguished 48-year engineering career managing innovative projects in transportation and municipal infrastructure for the Saskatchewan Government. In his role as head of northern municipal programs, he worked with engineering consultants to develop and deliver cold-climate water and sewer systems and operator training programs in northern Saskatchewan. He served the profession for 23 years as CEO and Registrar of APEGS, guiding the Council, volunteers, and staff through the revision of The Engineering Professions Act creating The Engineering and Geoscience Professions Act, assuring that the practice of engineering and geoscience in Saskatchewan remained under one Act. During his tenure, he guided APEGS’ growth from 3,600 to over 13,000 members. Throughout his career, Paddock volunteered on APEGS committees, was their President and Engineers Canada Director, and on two occasions the CEO Group Chair. Now retired, he continues serving as Deputy Chief Warden of Kipling Camp #25. He maintains his passion for self-regulation and the important contributions that engineers make to Canadian life.

As a researcher, Bradley Buckham works with private-sector companies and coastal communities in British Columbia to advance marine renewable energy technology, with a focus on launching demo projects that displace diesel-fueled energy generation on the BC Coastline. As an educator, Buckham particularly prides himself on the more than 3300 first-year students that he’s taught since joining the University of Victoria’s engineering faculty in 2004. He says that if he’s managed to help even one per cent of that group reach its full potential, then their collective accomplishments are going to far outweigh his own technical portfolio of work. By choosing to consistently teach first-year classes even as he’s advanced as a faculty member, Buckham also feels that he’s been able to make increasing contributions to the evolution of the university's engineering programs themselves. In his own words, “I think time and consistency are an exponential factor in the ‘impact’ formula.”

The Inuvik Tuktoyaktuk Highway, engineered collaboratively by Tetra Tech and Stantec, was opened in the fall of 2017. Its completion marked the first connection of the rest of Canada’s highway system to the Arctic Ocean and fulfilled a strategic mandate of the governments of the Northwest Territories and Canada dating back to the 1960s. Graham Wilkins, P.Eng., Project Director, Northern and Pacific Transportation for Tetra Tech, says that the project’s biggest contributions to engineering relate to the design and construction of roads and bridges in a thaw sensitive continuous permafrost environment. As this was the first public highway in Canada constructed in this environment, the design team had to address challenges ranging from determining how to aggrade the permafrost into the base of the embankment to ensure a stable foundation; to developing methodologies for placement of embankment and culvert backfill in frigid winter conditions with variable silty borrow material; to the design of bridge foundations using ad-freeze piles that needed both to consider creep considerations and measures to ensure a frozen soil interface bond should the climate continue to warm.

At 35 years old, Jennifer Drake leads a research team at the University of Toronto that aims to mitigate the impact that urban centres have on water resources by improving stormwater management infrastructure. She is cross-appointed with the John H. Daniels Faculty of Architecture, Landscape, and Design, and is also lead researcher with the award-winning Green Roof Innovation Testing Laboratory, also known as GritLab. This combined research work, in addition to her role on the Toronto Region Conservation Authority Board of Directors, has had an enormous impact on improving infrastructure policy, including the the City of Toronto’s Green Roof Bylaw and Green Construction Standards, which drew directly on Gritlab’s work. She says, however, that her biggest contributions to the engineering profession will happen via her current and former students—over 30 graduate and 20 undergraduate and counting. She believes that the work they do as water resources engineers will play a critical role in improving the state of urban water resources long-term.

Mae L. Seto, PhD, P.Eng., FEC
Award for the Support of Women in the Engineering Profession

Mae Seto is Associate Professor and Irving Chair in Marine Engineering and Autonomous Systems in Dalhousie University’s Faculty of Engineering. In this role, she has become an international leader in the research and development of autonomous vehicles in marine environments and is currently leading three NSERC industry projects and four related DND industry projects. She has also leveraged her experience as a woman in engineering extensively to inspire girls to become engineers. For over 30 years she has volunteered with the Girl guides of Canada and was instrumental in forming a formal partnership between the organization and Engineers Canada on the delivery of the Girl Guides Engineering Crest program. Dedicated to enriching the lives of those in her community by sharing her talents and passion for STEM, Mae also volunteers for Scouts Canada and is a very active volunteer at her sons’ school, Sacred Heart School of Halifax, and at Dalhousie University.

Helen Wojcinski’s “dual” careers—one in civil engineering, and another, subsequent one in organizational behaviour, are closely linked in her thinking. Drawing on an impressive civil engineering track record, which included the western extension of the Highway 407 ETR—the world’s first all-electronically tolled highway — in her consulting practice, Wojcinski more recently facilitated a major organizational change for Defence Research & Development Canada, an agency of the Department of National Defence, as the Canadian Forces’ research focus transitioned from a peacekeeping mission to an active combat role during the Afghanistan War. She has brought this same approach to helping numerous causes in her community, serving on boards for the Canadian National Exhibition Association, Surrey Place, and Southlake Residential Care Village, among others, in addition to advocating for gender equity in engineering by serving on Engineers Canada’s Equitable Participation in the Profession Committee.  She describes her volunteer work for the most vulnerable in Canadian society as not just a way to give back, but an integral part of the responsibilities she’s internalized as a professional engineer.

Uniting thousands of engineering students across the country to create a collective voice on the issues they face during their education is no small feat, but that’s precisely what Gold Medal Student Award winner Zenon Kripki accomplished during his two years as president of the Canadian Federation of Engineering Students. While leading the organization, he facilitated the development of a three-year strategic plan, a 25 per cent increase in member engagement, and the forging of partnerships with key players in engineering education on the national and international stages. In addition to these accomplishments, Kripki also served as coordinator for Spectrum, a Saskatoon community event that draws together over 6000 people to showcase what engineering is and how the next generation can get involved.

All award recipients are available for interviews or at the awards ceremony, scheduled for May 23, 2019 in Quebec City, Quebec. Photos and videos are available.

Engineers Canada is the national organization of the provincial and territorial associations that regulate the practice of engineering in Canada and license the country's 295,000 members of the engineering profession.

For more information or to book an interview: