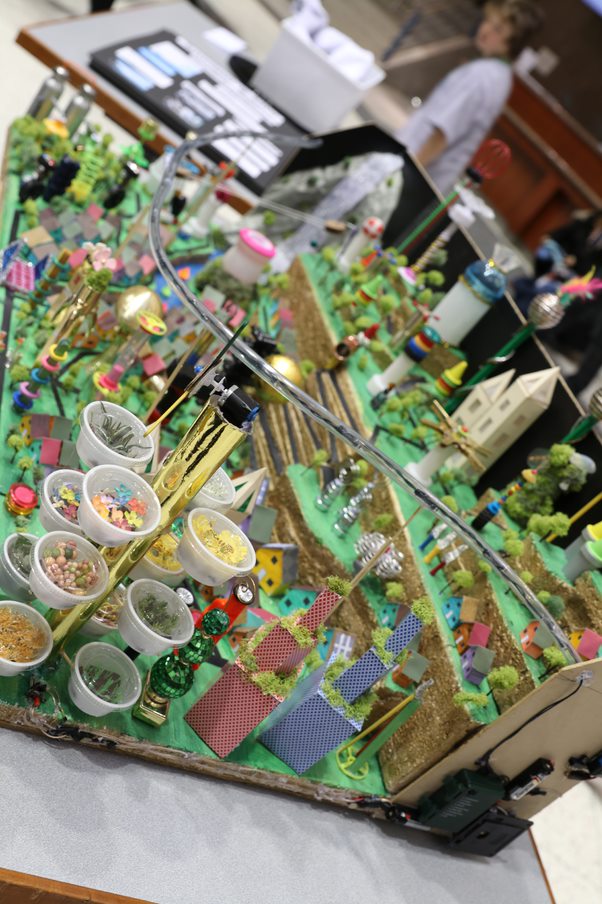 Over the coming weeks and months, students in grades 6, 7, and 8 will be showcasing their visions for cities of the future as this year’s Future City Competitions kick off in Prince Edward Island, Durham, ON, and Vancouver, BC.

The Future City Competition asks students in grades 6, 7, and 8 to imagine, research, design, and build their idea of a future city. The theme of this year’s competition, Powering Our Future, challenges students to engineer two innovative solutions that can withstand and quickly recover from the impact of a natural disaster.

“The Future City Competition is a great way to bring the engineering design process into Canadian classrooms and to demonstrate to students how they can make a meaningful impact in their communities with engineering,” said Engineers Canada CEO Gerard McDonald. “We hope that the competition will be the spark that ignites the students’ interest in engineering and inspires them to become the next generation of engineers.”

Four teams from Prince Edward Island and one team from New Brunswick’s Rothesay Netherwood School will present their future cities at a regional competition at the UPEI School of Sustainable Design Engineering on January 19, 2019.

Seventeen out of 153 teams will advance to compete at West Vancouver’s regional competition on February 1, 2019. This will be the first year that West Vancouver schools are participating in the Future City Competition.

“In the last few years, my school district of West Vancouver has spent a lot of time on applied skills and the design process; this program builds on students’ knowledge and makes so much of the curriculum relevant and engaging for students,” says Tricia Yurkowski, Vice-Principal at Westcot Elementary School in West Vancouver.

The Future City program and its associated activities are directly integrated into the Grades 6, 7, and 8 curricula, and students have been working on their cities as a class, with guidance from their teachers and a STEM mentor, since the beginning of the school year. Students have designed a virtual city, written a 1,500-word essay, built a scale model of their city out of mostly recycled materials, and created a project plan. They will present their future city to a judging panel at the upcoming regional competitions.

Regional finalists are eligible to travel to Washington, D.C., in February for the Future City Finals, where they will participate in a four-day competition against other regional finalists from the United States, China, and the Middle East. The ultimate winner will take home the grand prize of a trip to U.S. Space Camp and US$7,500 for their school’s science, technology, engineering and math (STEM) program.

A program of DiscoverE, the Future City Competition has been held in the United States each year since 1992. Engineers Canada brought the Future City program to Canadian classrooms for the first time during the 2016-2017 school year.

“We are happy that we are able to bring the Future City program to more Canadian classrooms this year. This year’s theme around resilient energy infrastructure resonates locally, nationally and globally,” said Jeanette Southwood, Engineers Canada’s Vice-President of Corporate Affairs and Strategic Partnerships. “We thank our sponsors, partners, and volunteers for their continued generosity and for their support in making this program possible.

This year’s supporters include: TD Insurance, Great-West Life, Manulife, the Durham District School Board, the Durham Catholic District School Board, the Leacross Foundation, Engineers PEI, the University of Prince Edward Island and the University of Ontario Institute of Technology. Future City Canada also received NSERC PromoScience funding. Numerous volunteers, educators and STEM professionals have also kindly contributed their time and expertise to serve as mentors, judges, and organizers to ensure that the participating students enjoy a truly valuable experience.