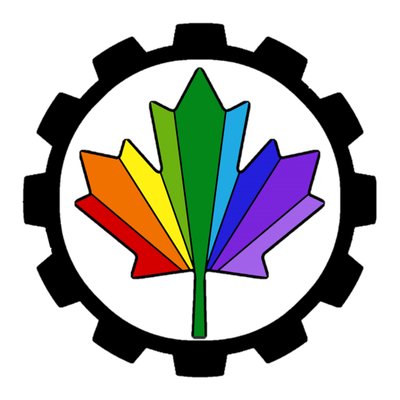 June is Pride Month, and Engineers Canada’s commitment to improving diversity and inclusion within engineering remains a high priority. One of the key ways that Engineers Canada works to promote diversity is by connecting with and supporting like-minded groups, such as one remarkable organization that was created by a small, dedicated group of engineering students working together.

When Vanessa Raponi was in the second year of her materials engineering and management program at McMaster University, she attended Toronto Pride with a group of friends. The experience was so positive that they were inspired to create a space at McMaster for queer engineering students and their allies to gather, a group that came to be known as EngiQueers.

Since its inception in 2013, EngiQueers has expanded to become a national entity with over 30 chapters, in no small part because of Raponi’s dedication as a founder and inaugural President. Initially created as a space for social connection, it’s mission has grown to include advocacy and education around intersectional diversity and inclusion within the engineering community. 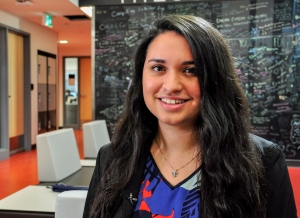 With regard to the EngiQueers mission, Raponi says that “Long term, we want to help as many people as possible understand inclusion and diversity, bring our community together, and have the profession welcome diverse peoples with open arms.”

Alexander Dow, who served as Vice-President for EngiQueers during its national expansion, echoes Raponi’s sentiments, adding that he’d like to see “a shift to where the phrase ‘diversity in engineering’ doesn’t privilege one type of diversity over another. It would ideally suggest, rather, that anyone who can meet the requirements can become an engineer—without obstacles.”

For Raponi, who was recently recognized with the Engineers Canada 2018 Gold Medal Student Award, that greater goal of increasing diversity in engineering starts with visibility. She says that “Seeing engineering schools marching in pride parades all across the country helps to show the public and youth that this is normal in our schools in Canada.” In the time that she’s spent working with EngiQueers, she says she’s observed positive changes in many people’s tone and actions, noting that “ally-ship has significantly increased over the years, with more people understanding the unknown, and being accepting and supportive.” 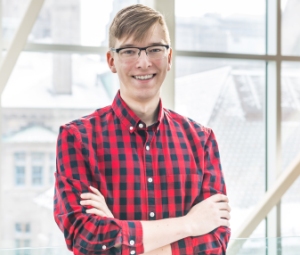 Notably, the road to becoming a national organization has not always been a smooth one. Dow, who recently completed his civil engineering and management degree at McGill University, notes some of their biggest challenges involved getting students from other universities on board with what EngiQueers is trying to achieve. “When I first entered the role of Vice-President and talked to leaders of LGBTQ+ engineering organizations at Québec universities,” he says, “most felt the conservative atmosphere within engineering in Québec hindered their ability to be accepted.” As a result, a large part of his work, he says, has been guiding allies on how to speak with others on issues ranging from hosting community events, to club-faculty relations, to supporting students who are transgender or have HIV.

Even given its significant victories, EngiQueers has also faced challenges relating to the rapidity of its growth from multiple single-university organizations to a national advocator. Raponi notes that it has taken a lot of ongoing work “to secure partnerships and funding sources, while ensuring the health of our members, perfecting internal operations, and keeping the nationwide momentum around inclusivity going.”

Dow says that his biggest hurdle has been understanding and finding alignment with the differing structures and guiding principles among regulators, in addition to understanding differences between LGBTQ+ groups that are inside and outside the university. Some of the best advice he received, he notes, came from his dean, Jim Nicell, who told him not to let governing documents restrict the organization: "It’s like a fish in too small a tank—it doesn’t have the ability to explore or try out new things.” Indeed, as a growing organization, it has been imperative for EngiQueers to consistently work at a balance between consolidation and an openness to evolution.

In terms of advice for others facing adversity, Dow says he’s learned that it’s important to listen to what people's perspectives are on a situation become coming to a final conclusion. “Look for the people who are directly impacted by policies or developments,” he says, “listening to how policies affect them can help find a way to mitigate those challenges, and working with the community can lead to more impactful solutions.”

Even with all that’s been accomplished by EngiQueers since its creation, there’s a sense that more growth still lies ahead. As of their graduation in June, Raponi and Dow have now stepped down from leadership roles but will continue to serve as National Councillors to the newly elected president, Madeline Sialtsis. One of their key legacies, in addition to the organization itself, is a five-year plan, which includes plans to eventually include graduate engineering and applied science programs in its scope.

“I know so much is to come,” Raponi reflects, “and we’re ready now more than ever to face what comes next.”