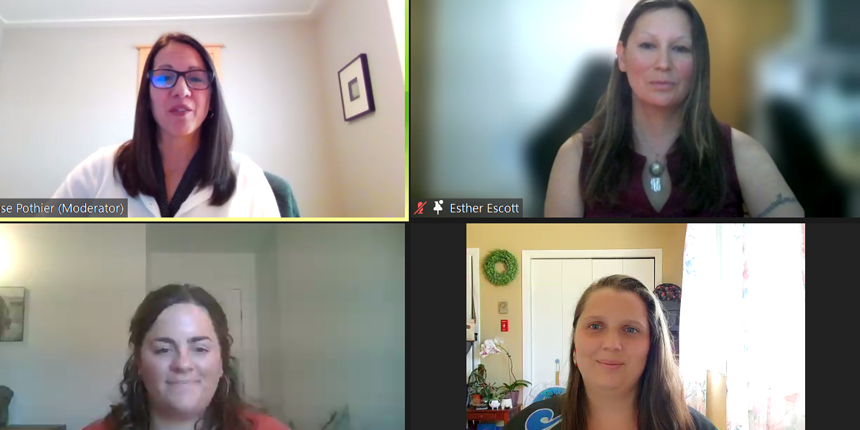 Engineers Canada’s events kicked off on June 2 with an Indigenous perspectives panel during this year’s 30 by 30 Virtual Conference. Moderated by past chair of Engineers Canada’s Indigenous Advisory Committee Denise Pothier, the panel featured engineer Esther Escott, EIT Katrine Levesque, and Youth Engagement Officer Monika Rumbolt. These Indigenous women shared their stories and career development journeys, recounting how they have made a place for themselves in the engineering profession, the importance of the mentors who helped them along the way, the opportunities provided to them by Indigenous engineering access programs, and offered advice to others.

A recording of the panel will be made available in the coming weeks.

Douglas Cardinal: Architect of the Future

Engineers Canada partnered with the Canadian Urban Institute for a virtual screening of Douglas Cardinal: Architect of the Future on June 3. Written by his wife, Idoia Arana-Beobide Cardinal, and produced by Douglas Cardinal, the 30-minute film is a biographic film of the world-renowned architect and explores how his Anishinaabe culture and the Indigenous knowledge system fuels his architectural creativity. The film screening was followed by a live conversation between Cardinal and Randy Herrmann, a member of Engineers Canada’s Indigenous Advisory Committee and Director of the Engineering Access Program (ENGAP) at the University of Manitoba.

A recording of the conversation is available below.

Join Engineers Canada on National Indigenous Peoples Day, for a conversation with leading Indigenous city builders from the architecture, planning, landscape architecture, and engineering professions. The panellists will explore the contributions, vision, and distinct perspectives of Indigenous practitioners in these fields. The event is a collaboration between Engineers Canada, the Canadian Urban Institute, National Trust for Canada, The Royal Architectural Institute of Canada, Canadian Institute of Planners, Canadian Society of Landscape Architects, Urban Development Institute, and Urban Land Institute.

Register for this event here.

Engineers Canada is seeking nominations for speakers and leaders to profile at the 2022 30 by 30 Conference, to be held on April 23, 2022.

A new program run out of Waterloo Engineering Outreach’s Women in Engineering program offers online and one-on-one tutoring sessions to students of all genders in advanced functions, calculus, chemistry, and physics.