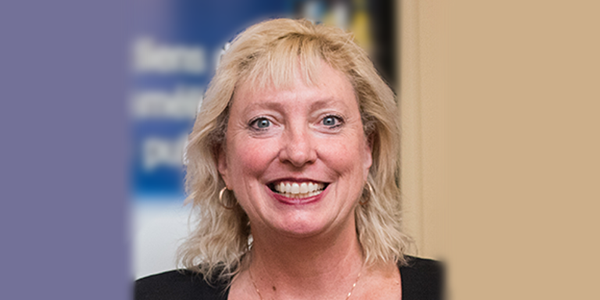 Engineers on Parliament Hill is an Engineering Matters series featuring interviews with engineers who hold federal public office. Below is the second in the series, a Q&A with Marilyn Gladu, P.Eng.

A member of the Conservative Party of Canada, Gladu represents the Ontario riding of Sarnia-Lambton. First elected to Parliament in the 2015 election, she was re-elected in 2019. Prior to entering politics, Gladu worked for Dow Chemical for 21 years as an engineer, holding a variety of roles locally and globally. She then became Engineering Manager and then Director of Engineering at Suncor before taking a consultant role at WorleyParsons.

Engineers Canada: What sparked your interest in engineering? What motivated you to study engineering and which discipline did you study and why did you choose that one?

Marilyn Gladu: Well, when I was trying to figure out what I wanted to be when I grew up, I was good at math and science and I was talking with the guidance counselor about what would be a good career, and they had said, "Computer science or engineering, but you can't be an engineer because that's a man's job." Well, immediately my ears perked up and I was lucky enough to have a teacher, a chemistry teacher, who took us on a road trip to visit the engineering faculty at Queen’s. So that's eventually where I decided to go. I could see myself there. It sparked my interest.

EC: What prompted you to work towards and earn your professional engineering licence, and would you encourage other engineering graduates to earn their P.Eng.?

MG: When I graduated, it was 1984 and at that time in order to practise engineering and stamp your drawings, it was expected that you would have an engineering licence. I think over the years that has been a little bit eroded because of the industrial exception, etc. People can work underneath one engineer that has their license and so there has been less pressure to get one. I think it's important because you learn about tort liability, you learn about your code of ethics and what a conflict of interest is, and all of these things that I think are really important. I would encourage everyone to get their engineering licence, and having that licence also places pressure on you to keep the licence and that makes you put public safety at the forefront every day. You remember, "I have my licence, I don't want to lose my licence." It guides your decision-making in every way.

MG: I think it's important to get diversity on boards. We look at the research, it says, if you get 30 per cent—for example, 30 per cent women on boards—then you actually will get more women in your organization just inherently. I think the same is true for diversity. So we need to make sure that those in leadership reflect the diversity of Canada. If they are all white males, then that's not the diversity of Canada and I don't think that they're going to necessarily bring forward diversity because people tend to be comfortable with folks that are like them. We need to make an effort to get diversity at the top levels. Then I think we need to be welcoming. I think younger Canadians are more used to diversity. They are seeing it at their schools, they are seeing it in their interactions, they are citizens of the world. I think that is going to be a good factor as well.

EC: What advice would you provide to women who are considering a career in engineering?

MG: That's a great question. When I was traveling globally as an engineer and working, I would always come back to Canada and think, "What a great country. This is definitely the best country in the world." But I felt that the country really was not being well-managed by the politicians at the time, and that's what got me interested in politics and after about 10 years of being on various boards and learning how policy is made and learning what the different parties stand for, I was president of the conservative association when the sitting member decided to retire and it became my job to find the lucky one to replace them. At the time we had some complex issues in Sarnia-Lambton. We had 20 per cent unemployment among young people, 10 per cent in the general population. We had an aging population and no plan for long-term care beds or the kind of services that would be needed to support them.

None of the candidates that presented seemed to have the background that would be able to do that. Engineers are good at solving complex problems and so I thought, "Well, I might have to do this myself." So I threw my hat in the ring and in 2015 I was elected as the first female engineer in the House of Commons. I was re-elected in 2019, and I think that's the main reason that I got in was because I feel I can make a difference, and I figure the engineering skillset of public problem-solving, plus the global experience that I've had, will really be helpful in improving the country.

MG: Well, I think engineers are able to take a large volume of information and focus it down on what are the critical facts and to make a decision based on that. That's important in politics because there's all kinds of conflicting information and a huge volume of it to chug through to figure out what is really the problem we're trying to solve, and what is the solution that we need and how do we put that in place? So I think there's so many skills that engineers bring. Error proofing and understanding cause and effect. All of these things make public policy formation more effective and more focused.

MG: Just do it. Public life is not for everyone so I think you do have to sit down and count the cost because engineering is about facts and data and logic, and politics is about the perception and the spin and all of these things. It's a combination of good analytical thinking, but also these softer skills, and it's about the influence. It's not a direct control. So sit down and count the costs, but definitely if people are interested to run, we need more engineers in politics because we need more common sense and fact in evidence-based decision-making. So I'm happy to help if there is somebody that wants to run, to let them know what is needed and to line them up with the steps they need to take to get in.

Read the first article in the Engineers on Parliament Hill series—an interview with the Honourable Steven Blaney—here.