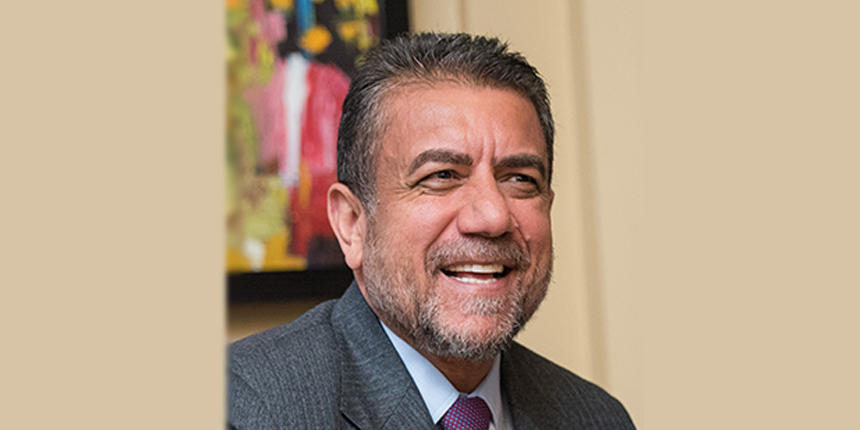 Engineers on Parliament Hill is an Engineering Matters series featuring interviews with engineers who hold federal public office. Below is the third in the series, a Q&A with Sukh Dhaliwal, P.Eng.

A member of the Liberal Party of Canada, Dhaliwal has represented the BC riding of Surrey—Newton since 2015. He previously served as the Member of Parliament for Newton—North Delta from 2006 to 2011. Born in Punjab, India, Dhaliwal immigrated to Canada in 1984. Dhaliwal is a professional engineer who, prior to entering politics, co-founded a land surveying company in Surrey, BC, and was an active member of his local community.

Engineers Canada: What sparked your interest in engineering? Which discipline did you study and why did you choose that one?

Sukh Dhaliwal: My father was an electrical engineer, and I used to accompany him as a child to different projects he was working on. One particular project—a dam that at the time of construction was one of the largest in India—really made a mark on me because of the size and scope of the work he was involved in. What really impressed me was the way he explained the number of people that would have their lives improved because of the project.

I chose civil engineering as my specific focus due to the fact that I have always been fascinated by communities and how they are constructed and work for the needs of local residents.

EC: What prompted you to work towards and earn your professional engineering license? Would you encourage other engineering graduates to earn their P.Eng.?

SD: When I arrived in Canada, I was determined to obtain my professional designation so that I could use the education I had received to work as an engineer. My engineering background always gave me a strong sense of self even as a newcomer to the country, as well as providing me with the motivation to work as an engineer in a place I wanted to build my future.

I would absolutely encourage graduates to earn their P.Eng. because of the values of selflessness and contribution that comes with our profession’s code of ethics and conduct. A sense of duty to the greater good is a perspective that will help those who pursue their P.Eng. in every aspect of their life.

SD: I got involved in community causes and political activism very early upon my arrival in Canada. I saw it as a way to contribute back to a country that I was so appreciative of for the opportunities I was provided, as well as a way to try to improve the community in which I lived.

EC: Has your engineering background helped you in your role as a parliamentarian? How?

SD: I think the asset from my engineering background that has helped me the most as a Member of Parliament is a meticulous attention to detail. Reviewing legislation and working on legislative committees can be a very overwhelming process at times, and that is why I find my ability to delve into a line-by-line analysis of public policy documents very helpful.

SD: I think that practicality is a lens that elected engineers contribute to the public policy process. At the end of the day, engineering is very similar to the work of elected officials due to the fact that both need to produce solutions that are relevant to people in their day-to-day lives.

SD: I remain active in advocating for more women to enter the engineering profession. I see a lot more diversity in terms of the cultural backgrounds of engineers than I do with regards to the ongoing discrepancy between genders. I believe that should be a priority for engineering governing bodies around the world.

EC: What would you say to a young person who is considering whether engineering is the right choice for them?

SD: We need more engineers in public life because of the three qualities I mentioned above: a meticulous attention to detail, a practical approach to finding solutions, and a commitment of contribution to the greater good.