The Work of Champions: Association of Engineers and Geoscientists New Brunswick 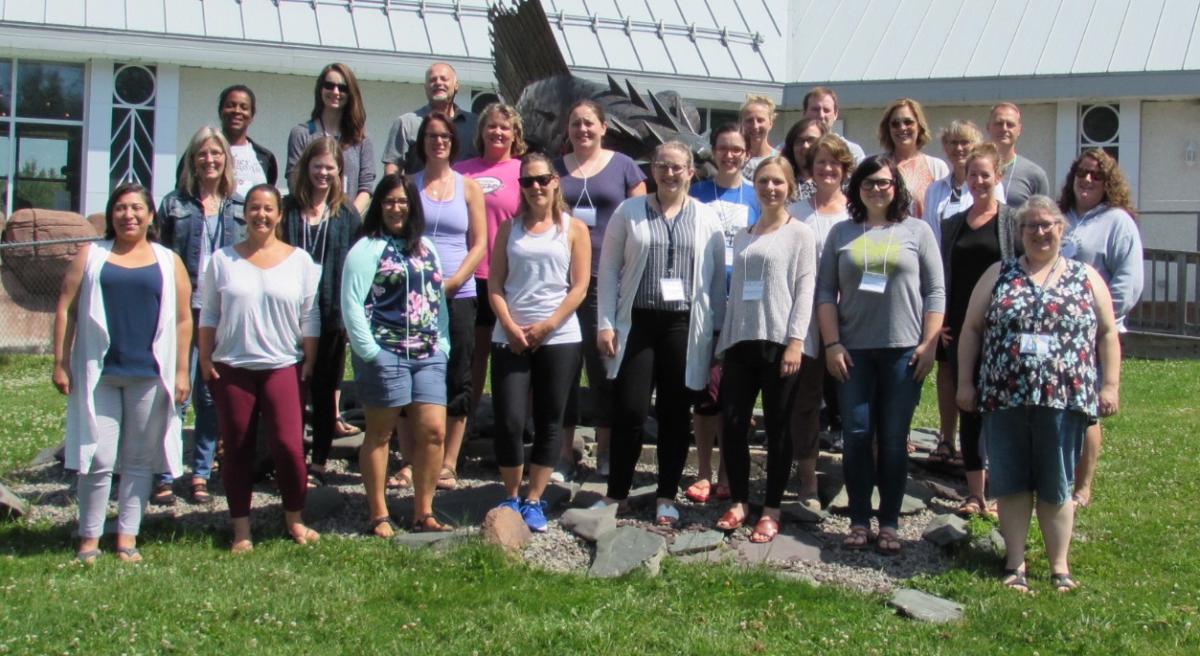 The 30 by 30 Champions Group, which consists of more than 40 members nationwide, works on strategy and action plans to improve the recruitment, retention, and professional development of women in engineering. They are a major force for change in the engineering profession, and an essential part of Engineers Canada’s goal to see the percentage of newly licensed engineers who are women climb to 30 percent by the year 2030.

This month we spoke with Laura Douglass, 30 by 30 Champion for the Association of Engineers and Geoscientists New Brunswick, on the work her organization is doing to achieve 30 by 30.

I’ve been so happy to work on the 30 by 30 team. One of the most exciting highlights has been the opportunity to work with the New Brunswick Department of Education in creating a teacher professional development intensive. The initiative facilitated teachers to increase their capacity for teaching engineering to students via the “maker” pedagogy and to tie engineering careers to things that the students experience in daily life. The three-day intensive was very successful. Ninety-five percent of the teachers in attendance reported that they would be “very likely” to incorporate the “maker” pedagogy and design thinking into their practice. The entire curriculum was tied to the ocean environment, as we are in a coastal province. This of course is an added benefit as brings in the important “helping” aspects that we know are so important to get young girls interested in engineering.

A second highlight was the opportunity to feature some of our fantastic female members for International Women in Engineering Day in a video. We are focusing on creating a positive media impact and sharing the constructive of women in engineering, rather than focusing on the lack of women currently in the profession. The video was a major success, reaching more than 6,000 people - pretty good considering we only had about 150 page likes at the time! We took members from all stages of their careers working in different fields and had them talk about how they had chosen to pursue engineering, the impact they’d had in their career so far, and how their engineering degree improved their personal life.

Research team looking for participants for a women in engineering study

What do you see as the key barriers to achieving 30 by 30?

I think one of the barriers that exists for achieving 30 by 30 is the long pathway from leaving high school to becoming a newly licensed engineer. It takes a minimum of eight years. This means we need to see the 30 percent increase in university enrollment by 2022, a much more urgent goal than 2030. Those students entering university in 2022 are choosing their grade 11 courses now. These course choices affect their eligibility for program admission at the university level. We need a massive push at the high school level over the next two to three years in order meet the 30 by 30 goal in the timeframe as expected.

Barring logistical issues, I think one of the key barriers we are facing across the profession is a lack of awareness about who engineers are and what they do. Kids in school know what doctors and teachers do, and most also understand what a lawyer does, but the deeper understanding of engineering is lacking. It’s so much more than building bridges (and roads and structures), and we need to introduce it to children in creative ways that resonate with them.

What are the most important things you've learned as a 30 by 30 Champion that others would benefit from knowing?

One of the most important things that I’ve learned as a 30 by 30 Champion is the need for exclusive spaces for women and girls. For women this looks like spaces of conversation where they can network, share stories, and feel heard. The takeaway here is to make sure that, in our conversations, in our activities, we need to be actively creating these spaces for women.

What do you think it will take to achieve 30 by 30 nationwide?

I think it will take a massive, concentrated effort at the high school level, in combination with a campaign that gives real examples showcasing female role models and that also demonstrates what engineers do so that we can shift public perception and encourage more girls to have an exciting and rewarding career as an engineer.